At some point, Clancee joined Nadakhan's crew and become a Sky Pirate. Clancee fought in a battle with Captain Soto and the Sky Pirates lost, resulting in Clancee and the rest of the crew being banished across the Sixteen Realms. When Nadakhan returned, he stole the Realm Crystal and freed Clancee along with the rest of the crew.

*Clancee is the only Serpentine who become a pirate.

*It's unkown what type of Serpentine is he, maybe he was a Venomari-Anacondrai hybrid. 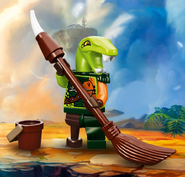 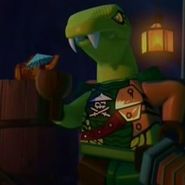 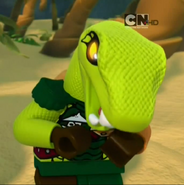 Add a photo to this gallery
Retrieved from "https://ninjagocharacters.fandom.com/wiki/Clancee?oldid=7412"
Community content is available under CC-BY-SA unless otherwise noted.